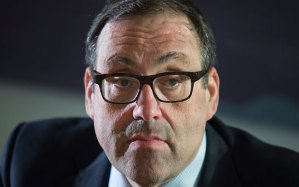 ”The British families will help the Syrians adapt to life in the UK and give them help in tasks like finding jobs, said Richard Harrington, the newly-appointed Minister for Syrian Refugees.”  Why don’t you find the jobs Richard as you were TC Jobs Tzar for quite a few years.  They could always attend one of your ”Jobs Fairs” which UK youngsters were shuffled into up until you quit in 2015.