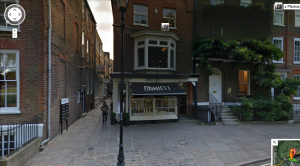 11 Brewer’s Lane Richmond – Harvey Proctor’s Shop owned by Cottonrose Ltd – ‘Yep – the key to tying P down is to find out who owns the whole of that particular quiet enclave of Richmond, where no properties have been bought and sold in many years – nor are they referenced that I can find.  You don’t own a dog and wag your own tail.  Suggests a corporate land holder to me.’  1) Duke of Westminster? 2) Crown Estate (Richmond Green)? 3) Earl Cadogan’s Estates?

Victim described visiting a ‘Holding House’ In Avondale Road Mortlake before being driven on to Elm Guest House.  Haroon Kasir said Savile often came to visit him and take ‘tea’.  Savile’s Johnny brother was in the local paper ‘helping’ at the Mortlake Fair in 1982.

‘Dutch journalism also rumors of Joris’ escapades in Thailand and in a London hotel (Elmguethouse).’  http://www.stelling.nl/followup/ 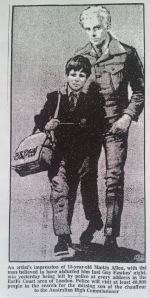 Martin Allen was last seen at a foottunnel at Kings Cross leading to Piccadilly Line heading for Holloway Road.  He was later seen with a man at Earls Court Uground pinned to a wall and the words ‘Don’t try to run’ were spoken.  Also at Gloucester Road and Baron’s Court.

http://ukpaedos-exposed.com/cold-cases-missing-murdered-uk-kids-can-u-help/martin-allen-london-1979/  Kings Cross was a Savile haunt.  The abductor was blond and 30 to 40 years old.  Savile born October 31, 1926, Leeds.  He would have been 53. 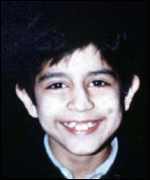 29 July 1981 – Vishal Mehrotra (8), went missing while shopping with his nanny and sister near his home in Putney on the night of the Royal Wedding. His body was discovered in West Sussex woodland the following year. A mystery letter writer, told police he might know the identity of a man who had driven to Rogate from Putney. His murder is still unsolved.

Elm Guest House – ‘The parties were often “Kings and Queens” themed, a practice begun around the time of the Silver Jubilee in 1977.’  http://www.independent.co.uk/news/uk/crime/elm-guest-house-investigation-former-senior-cabinet-minister-faces-rape-investigation-8723115.html

December 1981 Sunday Express – just over 2 years after his son went missing, Thomas Allen said:  “I think our son was kidnapped by a gang of child pornographers. I think he was spirited away to some overseas country and forced to take part in films.” 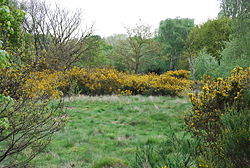 June 1982 – Elm Guest House was raided police discovered a ‘video suite’ which was used to make films of boys being sexually abused. The door had a sticker on it saying ‘Spartacus Members Welcome’.  Spartacus linked to Holland.

In 1990, at the age of 47, Carole Kasir was found dead in her flat.  The Needle says it was murder.  A Dr David Walker, a Hammersmith GP and a police surgeon, who died in 2007 administered insulin overdose the day she died.  http://theneedleblog.wordpress.com/2013/02/08/was-carole-kasir-murdered/

16 December 2012 The Independent reported – ‘Chris Fay, a social worker who worked for a small charity, the National Association for Young People in Care (Naypic), has alleged that a terrified Kasir had shown him about 20 photographs of middle-aged men with young boys, taken at what he said were kings and queens fancy-dress parties, attended by a number of powerful and well-known people. One, Mr Fay alleged, featured a well-known public figure wearing nothing but a French maid’s apron alongside a young boy nude apart from a tiara.’  (Ted Heath/Uncle Eddy?) http://www.independent.co.uk/news/uk/crime/special-report-police-revisit-the-grim-mystery-of-elm-guest-house-8420435.html 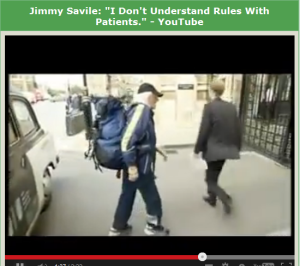 Savile and Rucksac go into Westminster.

Comment:  ‘Labour MP, Bernard Cohen, directly named Brittan in the House of Commons in 1989, and was told to be silent by the speaker of the house, for daring to “smear” Brittan.’

The man, now in his forties, met the princess when he was sleeping rough  outside a London church.

He claims he was subjected to horrific abuse at the Elm from the age of 10  while he was in care at Grafton Close children’s home.

Diana gave him food and helped him find a temporary home as he battled to  rebuild his life in his twenties after escaping care.

He left a tribute to Diana at Kensington Palace when she died in the Paris  car crash of 1997.

The man said: “I have rebuilt my life and I owe it all to Diana.“

“She kept in touch with me even after she’d helped my back on my feet. I have  lost a real friend.”

The Royals sordid secrets may also be know to the Met Police.’  http://thecolemanexperience.wordpress.com/2014/02/02/prince-philip-filthy-secrets-princess-diana-jimmy-savile-and-the-100-year-d-notice/

“3 closed boarding schools in Suffolk are being investigated, St George’s School, Oakwood School Stowmarket and Kesgrave Hall.  It is believed the paedophile rings of all 3 boarding schools are connected and Transcriber has noted on one of the MM documents reference to Kesgrave Hall. Thus linking this area to islington and Elm house.”  Derek Sawyer Labour politico who worked for Islington Council is connected.  They formed a company IBEP – education again.  Slade then went to Africa to run 4 schools there.

Aagirfan also connects this area of Suffolk to Heath, Brittan and the Krays.  http://aangirfan.blogspot.co.uk/2010/09/child-abuse-links-to-law-chief.html

Alan Dogett a member of PIE and teacher at Colet Court.

“St Paul’s is just a stroll away from Rocks Lane, an Edwardian terrace that overlooks Barnes Common.   No.  27 Rocks Lane used to be Elm Guest House, the now-notorious centre of an alleged VIP paedophile ring in the Seventies and Eighties.”

“A former teacher at Colet Court was also a member of PIE during this period: choir- master Alan Doggett.”

I was raped aged 4 by top aide to Thatcher:

“Last month evidence came to light which suggests Sir Nicholas Fairburn may have visited the Elm Guest House which serial abuser Cyril Smith attended. The property in Barnes, south-west London, is the focus of a Scotland Yard investigation into an alleged Establishment paedophile ring in the 1980s”

“At the time, she handed a number of key pieces of evidence to police. She asked for their return several times over the years but was always told they were in a ‘safe’ place. Recently she was told that they had been ‘mislaid’.”  Again!  How many more times are survivors going to be told this?