Abuse By Senior Dr Who Staff

“The BBC faces a new sex scandal over claims two senior Doctor Who staff abused their positions to exploit fans. 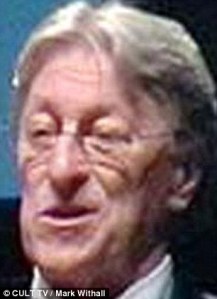 Former Blue Peter editor Richard Marson makes the claims in his biography of Mr Nathan-Turner, who died in 2002.

He told online sci-fi magazine Starburst: ‘It happened after the first time I was invited to up to go and see a recording of the show, and he [Nathan-Turner] got a bit frisky, shall we say.

‘I just thought I was in this kind of wonderland that was Television Centre, thinking it was an amazing place, and so I wasn’t really prepared for anything really sophisticated.’