One might say Russian Jewish Mafia hiding from Interpol in Israel

Boris Berezovsky is one of seven “oligarchs,” as they are known both inside and outside Russia: massively rich, powerful manipulators who through violence, theft and corruption acquired a mammoth percentage (reports range from 70 to 85 percent) of Russia’s resources, from its oil to the auto industry to mass media outlets.

At the same time, the group steadily gained control over much of the country’s political apparatus. Using extraordinary financial resources and insider dealing, the oligarchs handpicked prime ministers and governmental leaders and barely even bothered to do this behind the scenes.
…
Almost all of these oligarchs, it turns out, have significant ties to Israel. In fact, Berezovsky himself has Israeli citizenship a fact that caused a scandal of Watergate proportions in Russia in 1996 when it was exposed by a Russian newspaper.
…
According to Israeli writer Uri Avnery the oligarchs used “cheating, bribery and murder,” as they “exploited the disintegration of the Soviet system to loot the treasures of the state and to amass plunder amounting to hundreds of billions of dollars. In order to safeguard the perpetuation of their business, they took control of the state. Six out of the seven are Jews.” 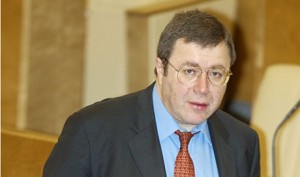 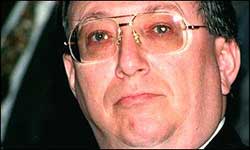 ‘The three oil executives living in Israel — Leonid Nevzlin, Mikhail Brudno and Vladimir Dubov — are former partners of Khodorkovsky and all are wanted by Russia on fraud charges. The men, all of whom appeared on the Forbes list of the world’s billionaires in 2004, are now directors of Group Menatep, a holding company that owns 60 percent of what remains of the dismantled Yukos empire.’

‘Also with homes in Israel are Vladimir Gusinsky, right, a media magnate who fled Russia after being charged with financial misdeeds in a probe widely seen as punishment for his TV station’s critical coverage of Putin, and Boris Berezovsky,’  http://www.fpp.co.uk/online/05/04/Putin_extraditions.html

Do you want to be a member of the great
brotherhood Illuminati? we are going to
make you
rich famous and to be a world known
star,get a good
job,to win elections and get into a political
power we
are going to enrich you in all your
endeavors
empowerment and you will never loose any
case in
court or were ever, you will have powers to
control
people in high places email us now at
jonnyilluminatiagent@gmail.com or call
+2348176139626