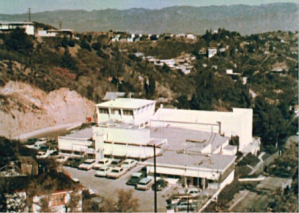 Warren Zevon wrote a song called ”Detox Mountain”
…… But I’m just dying to tell my story
For all my friends to read
Well, it’s tough to be somebody
And it’s hard to keep from fallin’ apart
Up here on Rehab Mountain
We gonna learn these things by heart ………….

“The only question now remaining, I suppose, is simply this: how long can we – the American people – allow a government to stand that is so depraved, so fundamentally corrupt and criminal, so completely lacking in any semblance of morals or basic human decency that it would traffic in the minds and bodies of our children?

An Immense loss to those who are trying to learn and spread the truth.

McGowan provided quality commentary and research on a number of important issues but was perhaps best known for his work on the Moon landings.

This probably explains the fact that McGowan’s death has largely been ignored, with a brief mention at Truth and Shadows and a piece at Memory Hole the only noteworthy mentions of his death alongside the conventional obituary that provides an outline of Dave McGowan’s life.

“A lifelong Angeleno, David was born in Torrance on March 25, 1960, and died at home in Eagle Rock on November 22, 2015. He graduated from Torrance High in 1978 and from UCLA in 1983. In addition to owning his own construction business, he was a courageous and brilliant investigative writer whose insightful work opened the eyes and minds of many. He is survived by daughters Alissa, Megan, and Shane McGowan, parents J. Robert and Shirley Griffith McGowan, and brothers Michael and Craig.”

This brief tribute comes belatedly as I expected that many others, better acquainted with McGowan’s work would chime in on this loss.

I appreciated McGowan’s work a great deal although I have never researched the Moon landings in detail and cannot claim with any confidence that they never happened, it is clear that the footage of the landings was all faked and it is highly likely that McGowan was correct to state the whole thing was a fraud.

McGowan did some of the best and most important work on the Boston bombings of 2013.

Special Report on the Boston Marathon: The Curious Case of the Man Who Could Only Sit Down, Part 1

It was after this radio appearance on April 13th, 2015 that McGowan received a message that he should “watch out for cancer.” A week later he was diagnosed although it is entirely possible that these two things are not connected.

That work, along with his excellent 911 research and analysis, of 911, the Laurel Canyon intelligence driven music scene and so many other issues created a proud legacy and set a fine example to others who would aspire to discover and share the truth.

The special thing about McGowan was the way he combined the hard headed approach of the professional journalist with the wild eyed freedom of the conspiracy researcher.

Anyone in doubt as to the quality and versatility of McGowan’s writing need only read “the Pedocracy” McGowan’s little known but extremely high quality expose of the cover up of child abuse crimes and the blackmail networks that sit above them, he also produced a powerful account of the Finders cover up.

The Pedophocracy by David McGowan

The Pedocracy is one of the best pieces of writing on the subject, right up there with “the Franklin Scandal” by Nick Bryant and it is a work that Goggle have chosen to exclude from their search results.

Even a search on the precise title and author provide results that at best, contain links to McGowan’s piece.

Searches on Startpage were equally useless.

Many thanks to Dave McGowan for his work and I hope he is in a better place and no matter how long it takes or how many fall along the way, one day the truth will emerge and hopefully Dave McGowan’s fine work helping so many on that journey will be properly remembered at that time.

Center for an Informed America