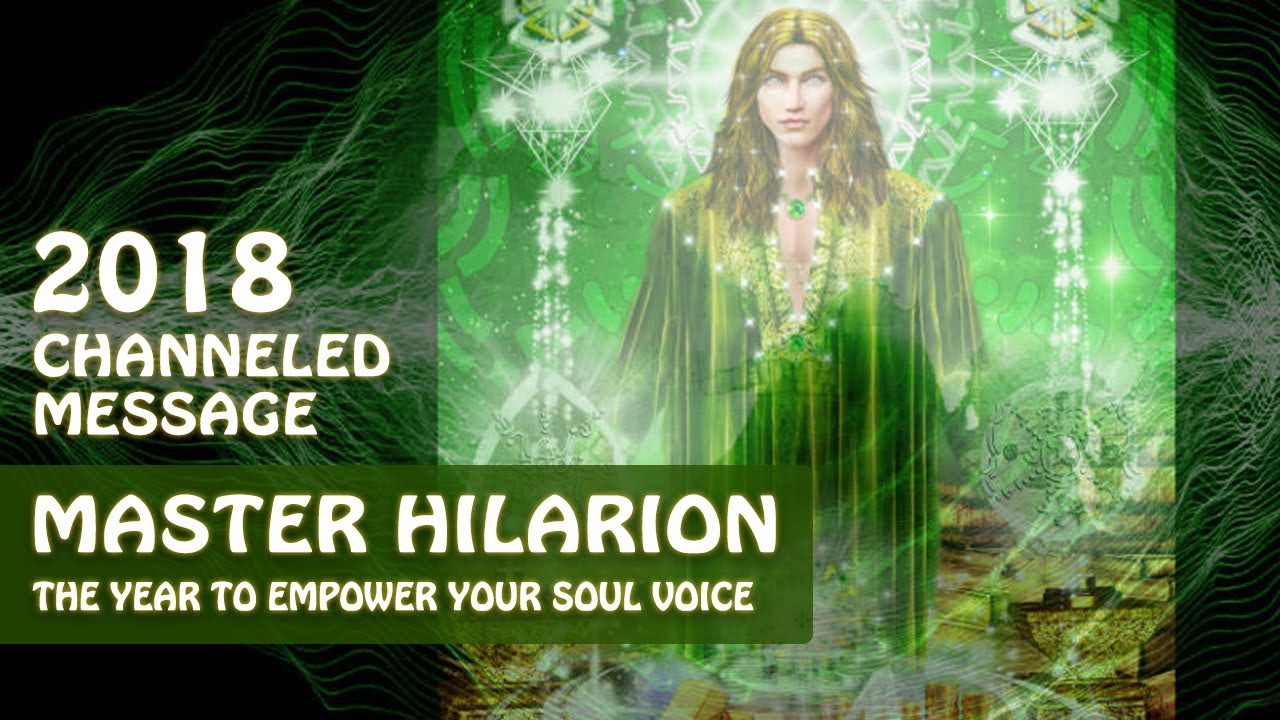 Banjodude Forward
The statue of avaris is imhotep or joseph. Pharaoh sheshi is Abraham. Thutmose ii is Moses, thutmose iii is the pharaoh of exodus. Pharaoh Yacob-har is jacob. The hyksos were the hebrews.

The shroud of Turin is the burial cloth of yashaya(translates to my savior). Ahayah Ashar Ahayah is the name of the father in heaven given to moses(I am that I am). Wa rawach qadash is the holy spirit. http://ahayahyashiya.blogspot.com/2013/02/yhwhyhvh-and-ahayah-illuminati-knows.html?m=1

God is a modern spelling of gad which means luck or fortune. Yashweh, el and Jehovah are Babylonian names for the devil. Lord is English for baal. Yashaya is jesus. Codex vaticanus: Chi xi stigma =666. The same symbols are used in Arabic to spell bismillah. The rothschilds own central banks everywhere except for north Korea and iran. http://humansarefree.com/2013/11/complete-list-of-banks-ownedcontrolled.html?m=0

There will never be peace in the world. Only fake wars followed by real wars. Aliens are demons.

To increase or decrease one octave multiply(increase) or divide(decrease) the number by 2. use these frequencies to sing this mantra for physical health:neiaowm: it starts with “nee” as in “knee”, then “i” as in “bid”, “a” as in “bad”, “ah” as in “top”, lastly “oom” as in “doom”.

You can also start the mantra with these consonant sounds that resonate your mouth while you sing: “jee” as in “jacques”, “lee” as in “leap”, “mee” as in “meet”, “ree” as in “read”, “vee” as in “veal”,”zee” as in “zero” Use these hz frequencies also in music. sleep with the head pointing magnetic south, east or southeast.
1 week ago•

Даниил Аронсон
Insane, inspite of all politics more or less dirty players (what is not good for sure), these reports bring so many shadow to Clinton family, it is very obvious they have a lot dark issues to hide. Like other people say here why should Americans vote for a crooks? I’m a Russian by myself, lived in US some time ago before moved to Hong Kong. Back in the homeland we have a lot of serious claims for our president and government authorities for economical and ethical crimes, but we can’t change political system we want though. We just don’t see a proper way now, don’t wan’t a revolution and ruin our big country -we are not Ukrainians, there should be any sane way in a future -we are really keep trying to push those mafia politics as much we can now, some people really waking up everyday and hating them for loosing a job, payment or even a business or private property cuz it was just fucking snatched and even more I say, some of those political crimes victims, waking up and hating them in a prison, these folks lost all for nothing. But anyway, main idea is that for ordinary people, even a successful businessman it is hard ass hell sometimes to prosecute a corrupted policeman or city official that are working together like an organized mafia, chances are slim to none. American political and justice system developed a way massively then ours, like many generations ahead, I believe that Americans really can change things, can stop those politics that were doing(or willing to) crimes and war, brought bloody chaos to a middle east countries, and trying to separate an eastern Europe Slovenian society, Russia and Ukraine is the best example. I believe that we never should let those politics (yours,ours, Europeans) make nations be enemies, it brings wars and terrorism. American and Russian cooperation (for a good sake) instead of endless confrontation can change the world.
1 week ago•5

Ernest Delva
+Gregory Pek As a African decent forced to live in América i completely agree. Negros, I will tell you like i tell all the “niggas” in the hood, stop pulling out the race card ad race bating tatics that Sharpton and Jackson and the rest of them spit out. Racism will always divide thats why its a CREATED WORLDWIDE SYSTEM….KEYWORD CREATED… because it keeps people on the surface instead of looking inside where the puppeteers and strings are. Black people we stop being focusing on the Surface and focus on what the fuck is inside. Inborder to change the perceptions of the surface we mist inflitrate the core of this system TOGETHER AS ONE to change the Surface to an ideal preception for EVERYONE. P.S. Black people we need to stop calling ourselves “Black”. everytime you refer to your race as “Black People” you are only fufilling the goal that the Racist want. “Black” is and ideology of what racist europeans want AFRIKANS (yes without a C) to be in THE United States. be Afrikan not Black
1 week ago•1

Delilah Rainelle
Hillary IS a cancer. So is her husband and George Soros, obama, the Bush Family ( who aided Hitler to power) and I could go on and on. JF Kennedy did not play the game so they killed him. Hoover hated him. Hoover was as queer as a two dollar bill and that was JUST ONE reason he hated the Kennedys. Johnson was in on it….Heck folks, do the research. obama has been in the making for years. Even the beloved Ronald Reagan was in on it….THE NEW WORLD ORDER ! Kennedy warned us. Heck, Abe Lincoln warned us. The Roman Catholic Pope wanted Lincoln dead and attempted an assassination in Baltimore, but failed. The Mexican Cartel is supported by members of these elite. Bill and Hillary smuggled millions of dollars into this country when he was gov. of Arkansas. Not to mention how many they have murdered either to cover up or prevent from talking. If you think obama is bad. Hillary will make him look like a choir boy, because she has the goods on everyone and if she falls the dominoes fall. N o body likes that witch. They just can’t afford to have her spill the beans. That is why the old witch sets up and gaggles and says, “oh they will never indict me. that will never happen…never!” I think Hillary has forgotten her own rules of terror. Death seems to follow those who get in the way….. She is in the way of a lot of elites who do not want their names exposed. Bring it on Trump…bring in the Harvest. Shut them down…jail them and nail them. Restore dignity and integrity. Rid our nation of trash and bring back the right for decent people to be able to express decent morals, to teach morals. Stop the oppression of Christians! Wake up. Wake up. Trump is here for a reason and most of all…JESUS CHRIST IS THE ONE WHO LEADS US TO VICTORY. Keep up the good work.

+Jimmy Kraktov Yes, he was. I am so mad at the corruptness of the obama administration and the Clinton machines. I am also fed up with the clearly biased news media. They are literally mocking the free people of America by putting that devil front and center. They are saying, “What are you going to do about it?” It is beyond belief that we as a nation must stand by and watch as president obama directs the department of justice to stand down from even investigating Hillary Clinton or the Clintons in general. We all know that Bill meeting with Lynch was not a casual meeting. These people are at the “top of the food chain” so to speak, but I know that if they are committing unlawful acts, Congress can hold them accountable. So, why don’t they? It is because the Democrats are, as they have always been, a crooked bunch and there are too many Republicans that have soured and they are in the tank as well as the rest of the corrupt politicians. These Republicans are so greedy and self serving that they would rather sell our country out for the dollar in their pocket than to see Donald Trump as president, because they know he is not corrupt and like John Kennedy, he will not tow the line of crime. Now, I don’t think that these people are stupid. I think that they know they have enough money to leave America and live well off if they don’t like the Clinton rule. However, they neglect to understand that what Hillary Clinton does will affect the entire world and there will be no where safe if she is president. And, this stupid media….I have nothing but disgust for them. Fools, all of them. Just as the aides under Clinton and all the others who pull the strings…they will receive no special treatment once the Clintons obtain their power. They will always be servants to them. People like the Clintons are users. They have no loyalty to any people or country. They believe they are above the rest of us, but I have news for them. We have the Lord God on our side and whether it is in this life or the next, we will have justice.

kosten rechnung
John, thanks for your input. Very interesting.. only one thing I disagree with; imho, we are way more than 3%.. But we are pushed to silence and to mate with much lower and aggressive reptilian brains, so that we can not reach a critical mass and overthrow the current Systems of fear and corruption and replace it with Systems of love, logic and transpharency. Good news: we are a growing silent majority that is ready to stand up for itself.. Downfall dangers ; giving in to fear and giving in to mating with reptilian brains.. We are lied to, that some reptilian brains of specific (currently poverty and war ridden southern world) regions, would be higher evolved equal us so that we mate with them.. Statistics are faked to support the higher evolved brain arguments and critics are silenced.. Fact is: we are more than 3%..that is why they increase the pressure on us lately :(.. They fear us and our freedom of choice! Which includes the freedom of choice to reject them on all Levels, in our bedrooms, as well in our political offices…. ( ps. If you have to fight evil, fight it, but never curse, fear or hate anyone or anything .)
1 month ago•

Stormy Syndrome
Add that to the 16k new e-mails the FBI found about 5 hours ago and this could start getting fun. This Mook dude….Trump Trump Trump. No dude, we’re not talking about Trump, we’re talking about Hillary. Stay on subject and stop deflecting. When you can;t get a direct answer out of these people without talking points entering the conversation….you’re guilty. How can anyone vote for a person who can;t give direct answers? Children do that. “But mommy, he did this, that, and the other.”

Mark Bodder
It is fairly clear the Clinton Foundation is a pay to play money laundering scheme nothing more, the percentage of money going for anything good is so low it is a joke. All you have to do is look at Haiti, the Clintons pilfered the whole fund away and are now going after the Haiti gold. They did nothing for the Haitians, what money was spent there was wasted on things they didn’t need. Cholera outbreaks resulted from the mess that was there and more dead bodies on the Clinton steps so they can walk away with billions.
20 hours ago•4