Pritchard with Brian May.

Pritchard used BBC’s Sunday Politics to defend himself against these allegations but it looks like the Telegraph has Pritchard on tape asking for payments.

The Telegraph published Pritchard’s ‘My annual fee will be £3000 a month’ – http://www.telegraph.co.uk/news/politics/conservative/10429208/Mark-Pritchard-MP-my-annual-fee-would-be-3000-a-month.html

NLAT picked it up on the BBC and UK Column reported on it last week.  Pritchard is MP for Wrekin and GovWatch recently spoke of Pritchard and ‘Wrekin things in Shropshire.’

Pritchard supports the need for a Royal Charter to muzzle the press and was unhappy about the way PlebGate panned out.  So he supports Thrasher who was hunted down relentlessly some time ago and found hiding in a thicket.  Thrasher’s fate was then sealed.  Fast forward.  Leveson is bubbling away and Maria Miller has remarked on the ConDem intention to hamper freedom of speech.  Pritchard, a new Tory Fox, has broken cover.  Hmmm 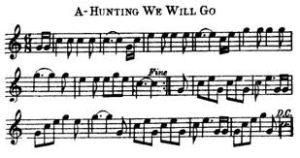 A Hunting We Will Go

There is a sudden frisson in the air.  The ToryHunter Pack senses the excitement.  That thrill of the chase.  Memories of Tory Foxes the pack chased last Autumn flash.  Mitchell failed to give them the slip but Hunt went to ground to run another day.  Now Pritchard is in sight.  They Pull on their breeches and boots; they saddle up; they slip silver flasks discretely into their hunting jackets; they gather to survey the hunting domain; the InternetWork rolls out before them in a vast expanse of territory, pitted with pools of untruth, crisscrossed by streams of fast-flowing information, formed into mazes of spin that trap the unwary.  Tally-ho and they are off over the first stone wall.  Mud flies in their wake.  Devil take the hindmost.  Hold tight.  Ride like the wind.  Pritchard’s ginger head is seen fleeing through the long grass.  Fires are lit in the lodge.  Will the trophy be later brought to the table?

The Express takes up the chase – http://www.expressandstar.com/news/uk-news/2013/11/17/tory-mp-set-to-sue-daily-telegraph/