Autumn Statement 2015 at a glance: Everything you need to know from George Osborne’s spending review 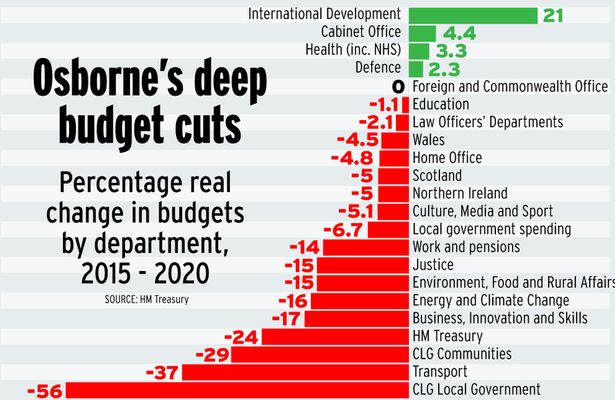 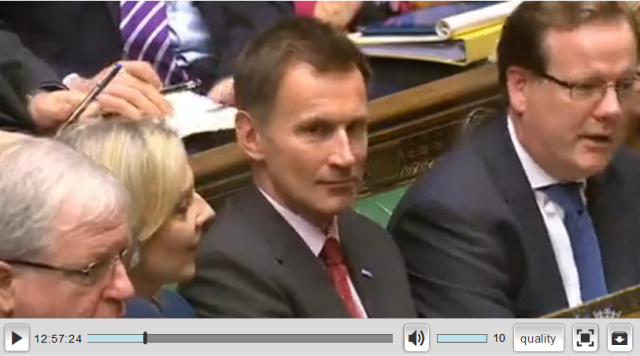 Thanks to Labour Left for the links.

GR Comment:  “Meanwhile Johnson who wasted hundreds of millions on a cable car from nowhere to nowhere, and on the bus debacle with his incompetent designer friend who was unaware the sun shone in the summer is now misusing the transport budget to build a privately owned “bridge” wanted only be developers which will destroy the finest view on the Thames and be available part-time to the people of London (rather like Johnson himself)”

Thanks to NLAT for the links.

Maybe now Watford’s elected Mayor Dorothy Thornhill might have to finally give up that mayoral salary earlier than expected.  She hasn’t been seen ‘out and about’ for weeks.  Not like Dorothy at all.

“In the investigation by Newsweek Middle East both of the whistleblowers said how NGOs in Lebanon – a country ranked as about the 40th most corrupt in the world – applied for as many schemes as possible in the scramble for UN cash from an annual fund of around $1bn, which usually tripled directors salaries, one explained.”

Good as Harrington is one of these.

2. and the families hit the hardest are the ones Osborne says he’s helping

3. He’ll never hit his targets – but the IFS say he’s used to that

4. He isn’t fixing the roof while the sun is shining

6. Osborne had to BEG independent experts not to let on how badly he was doing

This entry was posted in Common Purpose, Conservative Friends of Israel, Conservative Party, Economy Train Wreck, Richard Harrington Tory MP Watford, Uncategorized, Watford Coalition of Resistance, What's Happening in Herts and tagged 'Town halls are facing a £4:1bn a year black hole in their budgets that not even the closure of every children’s centre; library; museum and park could fill council leaders have warned.', 6. Osborne had to BEG independent experts not to let on how badly he was doing, 8. The poorest 50% of families will be £650 worse off under Universal Credit, 9 ways experts humiliated George Osborne over the Autumn Statement, and the families hit the hardest are the ones Osborne says he's helping, Autumn Spending Review 2015 - 1. 2.5million families will lose £1,600 a year, Autumn Statement 2015 at a glance: Everything you need to know from George Osborne's spending review, buy-to-let investors will be down in the dumps, Cameron under fire over BILLION POUND aid programme amid refugee agency corruption claims, Foreign aid farce: Now UK sends £16BILLION overseas - more than ENTIRE Home Office budget, J Hunt - 'Nodding Donkey' at 13:02 - Hiding behind GO's skirts., Maybe now Watford's elected Mayor Dorothy Thornhill might have to finally give up that mayoral salary earlier than expected., Mr McDonnell Threw "The Book" At Osborne Apparently., Osborne quietly cuts funding for all of Britain's opposition parties, Parliament TV - Wednesday 25 November 2015 Autumn Statement, Queen'll get a massive 7% pay rise despite cuts of billions in public money, Richard Harrington Con MP Watford is the UK Refugee Tzar btw., step forward Richard Harrington Con MP Watford who is heavily tied in to 'overseas development'., things you may have missed in Osborne's small print, Transport suffers deepest cuts after London subsidy axed. Bookmark the permalink.