Posted on December 4, 2013 by fanofootball 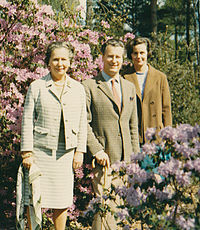 ‘Among those revealed to have benefited from slavery are ancestors of the Prime Minister, David Cameron, former minister Douglas Hogg, authors Graham Greene and George Orwell, poet Elizabeth Barrett Browning, and the new chairman of the Arts Council, Peter Bazalgette. Other prominent names which feature in the records include scions of one of the nation’s oldest banking families, the Barings, and the second Earl of Harewood, Henry Lascelles, an ancestor of the Queen’s cousin. Some families used the money to invest in the railways and other aspects of the industrial revolution; others bought or maintained their country houses, and some used the money for philanthropy. George Orwell’s great-grandfather, Charles Blair, received £4,442, equal to £3m today, for the 218 slaves he owned.

Osborne is said to have helped David Cameron hide £3 Mill offshore but there doesn’t seem to be a backstory about it now.  However Osborne, Hammond and Mitchell have been accused of tax avoidance by LeftFootForward. http://www.leftfootforward.org/2010/10/george-osborne-andrew-mitchell-philip-hammond-dispatches-investigation-into-tax-avoidance/