Have You Heard of the Term Social Licence?

Posted on August 1, 2013 by fanofootball 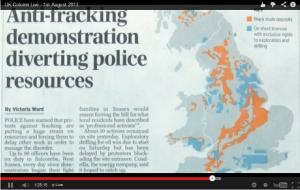 UK Police are not doing their job. Their Polish colleagues are doing much better.

They thought they had a ‘Social Licence’ to develop Gas Fracking by Cuadrilla in UK.  See ‘Fractured Future’ by Ian Crane.  Part 1 – http://www.youtube.com/watch?v=V7GNEPhyrb8

George Osborne has been trying to bribe Communities who will agree to fracking and Lord Lawson is backing fracking.  http://www.thesun.co.uk/sol/homepage/features/5004124/Fracking-Lord-Lawson.html

Lord John Browne ‘Will do whatever it takes to get fracking to the heart of UK agenda’.  Corruption has been mentioned. 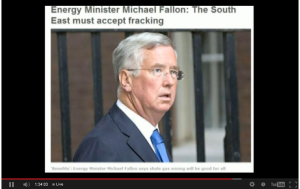 Michael Fallon MP – ‘We must accept fracking.’ Write to him and tell him what you think. 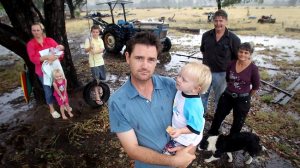 It is time to support those who are under threat in the UK eg at Boscombe.  The Australians have a support group called ‘Lock the Gate’.  Members travel to areas under threat.

No-one is talking riot.  We are saying to travel to these places and talk to police and the locals and help bring the press in on the issue as well.

These Socio-psychopaths are not ‘burdened by compassion.’