Hertfordshire police, not standing for any nonsense in the Press Enclosure Day 4 of Bilderberg Watford, help activists escort BBC camera team off the site.

Another Truther who has covered Bilderberg 2013 who mentions NHS and ‘Coma’ on Ch 5. http://www.youtube.com/watch?v=Q6aX-lcM9Tk  Organ harvesting – shudder.

Things hotting up.  http://www.youtube.com/watch?v=c8dKoZTH7Ow  Kerry Cassidy banned from speaking.  She was talking about surveillance and why they need to do it.

Did The Sun catch too much of the sun at Bilderberg Watford or are tptb taking ‘The Michael’ out of the rest of us?

Despite a £2million police operation to seal off the venue, a boat-load of protesters yesterday sneaked up a canal running through the site to shout insults at attendees.’ 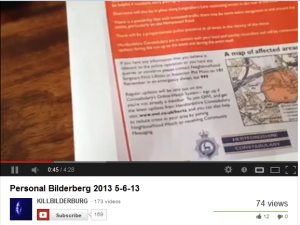 Pictures of those who attend – http://thezog.wordpress.com/who-controls-the-bilderberg-group/

Watford Observer wheeled out a bloke called Cowper-Coles to ‘explain’ that nothing was discussed at Bilderberg which couldn’t be written on a post card.  Etc, etc, etc  http://www.watfordobserver.co.uk/news/10474600.Bilderberg_Group_delegate_speaks_out_to_dispel_conspiracy_theories/?action=success 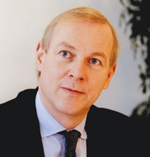 Martin Taylor Sygenta chief executive of Barclays and currently adviser for Goldman Sachs is more than a Bit Player apparently – http://www.christophereverard.com/christophereverard.com/Welcome_files/Bilderberg-Report-2013-good.pdf  He has attended many meetings of the Bilderberg Group and served as Secretary General for several years.

So where did Taylor come from?  Taylor was educated at Eton – just the same as the cousin to Her Majesty DAVID CAMERON.  Media hack in 1978. Using his managerial he made a very sudden rise – from being a ‘journalist’ to all of a sudden being chief executive of Barclays Bank.

Telegraph Comment – ‘Why the Grove? Because this was once the British Rail Work Study Training Centre, and the Grand Union Canal flows through the grounds. Brilliant Cover in its day for  Masonic/State Capitalists to form plans for World Domination, fed by Ley Line Energy, reinforced by the enclosing Ring of Power that is the M25, and now much frequented by Premier League Footballers and other persons of consequence. The UFOs are parked in the Watford Railway Tunnel to which underground links run from the Grove. Ventilation Shaft at Hunton Bridge,  And Fanny Craddock  used to live just down the road at the Grove Mill.’  http://www.telegraph.co.uk/news/uknews/law-and-order/10091659/The-Bilderberg-Group-Fiendish-plots-are-a-hatching-in-Watford.html
HumansWin has submitted ‘Shillderberg’ for consideration – http://www.youtube.com/watch?v=rCETycQMLR8
Alex Jones told he is part of Bilderberg on BBC – http://www.youtube.com/watch?v=E6y-j8OQ6ew&list=UUpfvlgq0yxTLsasc8gQdBTw
Ultimate Bilderberg Documentary – http://www.youtube.com/watch?v=3rrGyAbMCXE

This entry was posted in BBC, Bilderbergers, Bloggers Having Their Say, Common Purpose, Community Action Watford, Frequencies Resonating, G4S, Getting Away With Murder, Independent Media, Ken Clarke, Mi5, NHS, Police Success Stories, Privatisation, Rebellious Media, Spin Spin Spin, The Sun, Think Tanks Etc, Truth Movement, TwitterNews, Various Suspicious Operations, Watford Coalition of Resistance, Watford Observer, What's Happening in Herts and tagged Alex Jones, Another Truther who has covered Bilderberg 2013 who mentions NHS and 'Coma' on Ch 5, BBC, Bilderberg 2013 - HumansWin has submitted 'Shillderberg' for consideration, Bilderberg Group, Bilderberg Guest List 2013, Blogger Sam lobs some well-aimed verbal challenges at a departing BBC camera crew., Charles Hawtrey, David Cameron, Desperate Housewives, Ed Balls, Film crew, Good Life, Hertfordshire, Hertfordshire police not standing for any nonsense in the Press Enclosure Day 4, Irving Texas, Kenneth Clarke, Kerry Cassidy banned from speaking at Bilderberg Watford, KKKen CCCClarke laughs off a question about BBBBilderberg in HHHHHouse of Commons as he says there iiis aaa lllist ooof tthose wwwho aaatended ., Martin Taylor and Bilderberg - not just a bit player, Martin Taylor Sygenta Former chief executive of Barclays and currently adviser for Goldman Sachs has attended many meetings of the Bilderberg Group and served as Secretary General for several years., Member of Parliament, Mike Dicken of Talk Sport Radio, Northern Blogger recounts his difficulties trying to plan his visit to Bilderberg Watford. -, Pic Police Notice for Watford Residents re Bilderberg, pics of who-controls-the-bilderberg-group/, Post Bilderberg - What Have We Achieved?, thesun Is-Cam-a-12ft-lizard - no but he has a trick of being to make a skull shape with his fists, UK Column, UK Column wonders which members of the enclosure were there to genuinely report on the event ;, Watford Observer wheeled out a bloke called Cowper-Coles to 'explain' that nothing was discussed at Bilderberg which couldn't be written on a post card Etc etc etc, watfordobserver Bilderberg_Group_delegate_speaks_out_to_dispel_conspiracy_theories, YouTube. Bookmark the permalink.